Here’s how to deal with the nagging zipper problem 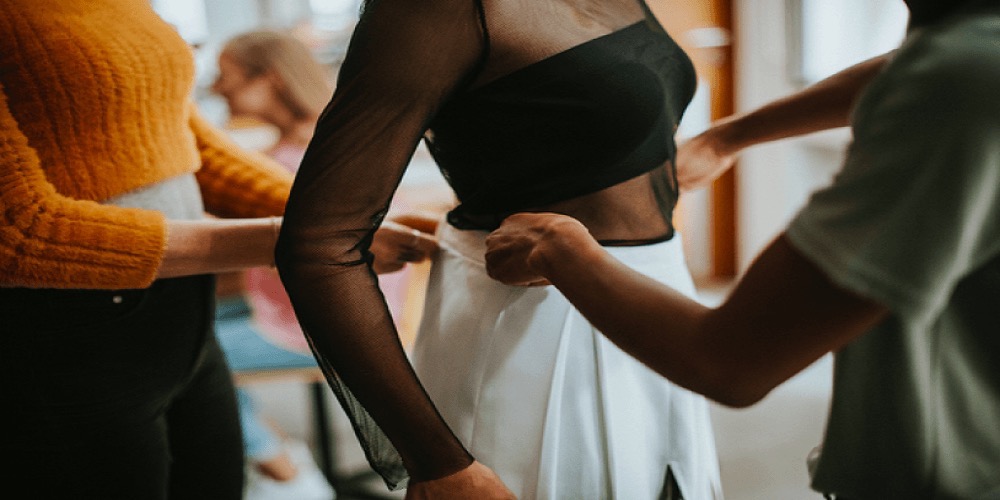 Can you zip up after you have dressed? Most men will always give a positive reply to this question but it is not always so for women. Women have always had issues with fermeture éclair and they still do. Why wouldn’t they when the Zippers are always so long, awkwardly placed? Being in the position to zip your dress yourself is something not every woman envies.

It might surprise you to know that some women take yoga classes just so they can have a flexible shoulder that will enable them to zip up. Every woman feels that tiny bit of accomplishment after struggling and successfully zipping up a chic sheath dress.

As shameful as it is, a woman even in her thirties might still be struggling to dress, something that every grade-schooler does with ease.

Why the zippers can be a problem to most ladies

Fashionistas who design female clothes prioritize beauty over function. For them accessibility and comfort are all secondary, the most important thing is that a dress should fit perfectly and look flawless.

A study carried out on women shows that as fashion evolves, it becomes more and more difficult for a woman to dress up herself. Strappy tops are complicated, bracelets and necklaces come with Lilliputian closures. Bra hooks are becoming trickier than ever.

And of course, the endless tales of zippers, which zipping up as well as zipping down can be nearly impossible. A plight men will never understand nor relate to.

Elements of clothing today are born through a mere legacy of a powerful designer many years back. For instance, the idea of adding zippers to female clothing began as a luxury for the rich.

Where are zippers usually placed?

On the other hand, men were expected to dress up themselves. This is why their buttons are placed on the opposite side of their garment.

The same applies to dress-pant zippers. That of the women are usually placed opposite the men’s. Designers had the idea of a second-party stylist while making this decision.

The only exception to this rule is the jeans. This is probably because it wasn’t until later that women adopted this mode of dressing.

The struggle with women and zippers isn’t something that seems to be ending soon. This is because their dresses seem to get trickier even as the day passes.

Just like before, women are still regarded as things to be looked at, admired, and appreciated. In men’s case, they are treated as people who have an unfinished business, either needing to do something or be somewhere.

Hence a woman would gladly sacrifice her comfort just to blend in with the latest fashion. If a dress that seems impossible to wear is celebrated as pretty, women will drool over it. They don’t mind the pains and discomfort it might cost them.

How to Pick the Right Manufacturer of Children’s Watches

Why you should start weight lifting